The German capital Berlin is a great destination for both a long city break and a short weekend getaway. Cheap flights combined with a good hotel and restaurant offer make the international city an easy destination. 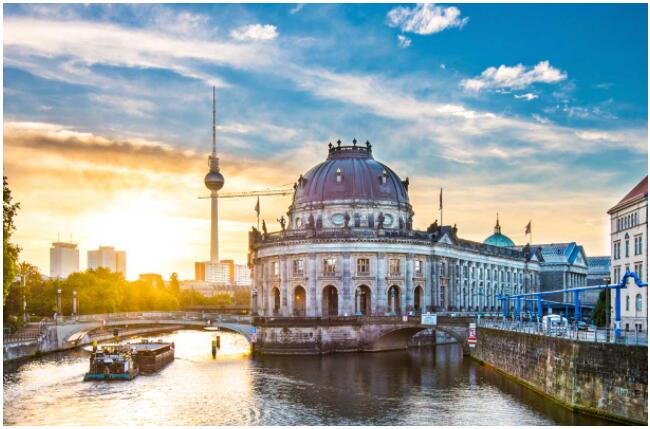 Located in northeastern Germany, Berlin is a city known as the scene of significant historical events. Indeed, history is still strongly present in the city, with tourists enthusiastically visiting, among other things, the rips of the largely demolished Berlin Wall and the Checkpoint Charlie border station, reminiscent of the division of the city. The Brandenburg Gate on the east side and the Berlin TV Tower, among others, are also popular places to visit.

A large proportion of visitors visit Berlin on a weekend getaway for a few days, exploring the city’s sights and savoring local restaurants. The city’s shopping offer also appeals to many tourists, and Berlin is a great place to shop. Berlin is perfect for a city break of a few days, but things don’t stop there and you can easily enjoy the city for a longer stay.

Berlin is known as a bohemian, open and a bit wild city where anyone can do anything. Freedom and creativity are valued, and the gigantic proportions of the metropolis give both residents and visitors the opportunity to realize themselves.

Of course, the German capital and the metropolis of 3.5 million people also have a more conservative side. Part of a tourist’s freedom, then, is to decide whether to explore Berlin as a classic city of culture or a crackling bohemian metropolis.

History is strongly present in Berlin.

A year-round city destination for all ages

Berlin is well-suited as a year-round city destination. The busiest tourist season is summer, when the city is filled with tourists and the weather is often hot. In winter, the tourist should prepare with an umbrella and warm clothes. Snow is also found in the city from time to time. The best time to travel to Berlin is in the spring and fall, when temperatures average around 20 degrees.

In recent years, Berlin has become a favorite destination, especially for young people, but the city is equally suitable as a destination for the whole family. There is something to experience for all ages, and the city also pays close attention to child travelers with plenty to do.

The popularity of Berlin is explained, among other things, by the city’s low price level, as, for example, accommodation and dining in the city are easily managed even on a small budget. Among other things, hostels and a great offer of street food ensure that your holiday goes well without a large budget. In return, Berlin also offers luxury hotels and Michelin-starred restaurants.

In principle, Berlin is a safe destination, but it has not escaped the general shadows of big cities. Pickpockets, for example, are a nuisance that deserves attention in Berlin as well, by taking care of their own property and being vigilant, especially in places favored by tourists and on public transport.

It is not necessary for a tourist going to Berlin to know German, but it helps a lot, as English is not spoken everywhere. Learning basic phrases and numbers, for example, in German before the trip will help, so a little familiarity with the local language before the trip is worth it.

The payment culture in Germany differs considerably from the Finnish one, as it is not self-evident, for example, that you can pay with a debit card in an ordinary grocery store. Tourists should be prepared to pay for purchases mainly in cash, as only a few shops accept Finnish bank cards. In addition, the old-fashioned Finnish way of paying for a toilet visit to an employee on duty outside the toilet is nowadays in Berlin, so in shopping malls and attractions, for example, it is worth preparing to drop a 50-cent coin into a tipping outside the toilet.

FLIGHTS, ACCOMMODATION AND MOVEMENT IN BERLIN 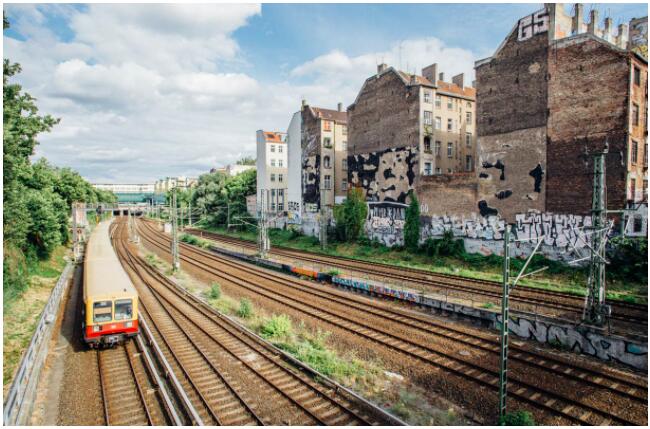 Berlin is a rugged city to suit many tastes.

There are good flight connections to Berlin from Finland, as Finnair , for example, offers direct flights between the cities. The direct flight from Helsinki to Berlin takes about two hours.

The abundant offer ensures that air ticket prices are reasonable all year round. At its cheapest, airline tickets can be obtained for less than a hundred euros, but the average price of a round-trip airline ticket is between 150 euros and 200 euros.

For the time being, the old airports Schönefeld and Tegel are in use. Berlin’s old city square, Tempelhof, is closed and now serves as an outdoor recreation area for city dwellers. The largest construction project in Berlin at the moment is the new airport BBI, Berlin Brandenburg International , which was expected to be completed as early as 2012, but construction work is still in progress.

Despite its size, Berlin is a cheap city in German and is also reflected in the tourist accommodation offer.

Trade fairs and other major events occasionally raise hotel prices, but those traveling outside of the busiest seasons can find a hotel or hostel very cheaply.

In addition to traditional accommodation, Berlin also offers plenty of home accommodation, and staying with a local can save you a long penny and get some more local tips on the shop.

Getting around Berlin is easy and fairly affordable. The public transport network consists of buses, metros and trams. Many attractions are within walking distance of each other in small centers.

One-time, daily and monthly tickets are available for the public transport network, but city cards are also available. The Berlin Welcome Card serves as a ticket for all means of public transport and also offers discounts and free admission to museums and other places to visit.

Taxis in Berlin are cheap compared to Finland, but when planning to travel in the city, it is worth noting that traffic is often congested and a metro or local train can be a faster way to get from one place to another than a taxi. Taxis use taximeters and outright scams are rare, but it is not advisable for a driver to reveal that they know the city badly, because then you may end up on a detour and the meter will accumulate a much larger amount to pay.

You can also easily get around Berlin by bike. Many hotels offer their guests bicycles and there are also several bicycle rental shops in the city.