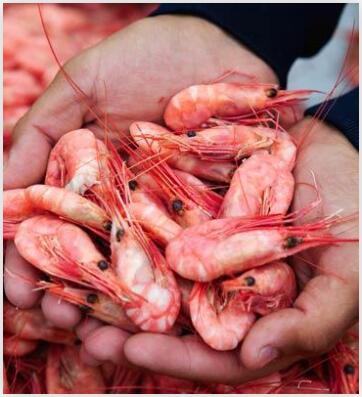 TO EAT AND DRINK

The Norwegians were self-sufficient for centuries, and the cuisine is still based mainly on local products. Due to the small amount of agricultural land, it is not surprising that a lot of food is imported from abroad. This makes it all the more important for local chefs to use locally produced products. As you would expect from a fishing nation, the fish dishes are great – from fresh cod to cured herring to ubiquitous salmon. Reindeer meat and cloudberries add a Nordic touch to the plate. Try yourself out. You might even have the chance to pick blueberries in the Norwegian forests in summer.

In larger hotels and on the Hurtigruten ships, there is a ‘koldtbord’ (cold buffet) at lunchtime. It is common to serve yourself several times, each with a different dish. Start with fish and seafood: crabs, prawns, marinated or mixed herring (sild), cured or fried salmon (laks) or a lake trout (sjøørret). Then the cold meat platters, pies and salads follow. Mostly – regardless of the name – there are also various warm dishes. Finally, cheese, fruit and desserts come in the form of traditional puddings and pastries on the table. The locals tend to have a more modest lunch, often called the smørbrød sandwich. What is placed on top is called pålegg in Norwegian.

In the evening people stick to simpler dishes: fish is steamed or briefly fried in butter; Excellent meat dishes include lamb, roasted or as fårikål, a traditional stew with cabbage and black pepper. Another main course is dumplings (kjøttkaker) made from beef or pork. Reindeer meat, served as a steak (not completely cooked through) or smoked and thinly sliced, is lean, tender and spicy.

The typical Norwegian goat cheese geitost is caramel-colored and sweet and is eaten in thin slices that you scrape off with a special cheese knife. This “brown cheese” was originally the household use of the whey left over after the cheese was made. It was boiled down to a brown, sticky mass and then spread on the bread. Today tens of thousands of tons of geitost are produced in large dairies. But many people still prefer the original. Gammelost is a fully ripe, spicy cow’s milk cheese; if you prefer something milder, local editions of French, German and Swiss cheese are often excellent.

There are delicious desserts made from summer fruits, especially with juicy local raspberries and fragrant wild cloudberries (multer). Blueberries and the spicy cranberries are other delicacies. Norwegian desserts often contain plenty of whipped cream, for example in the tilslørte bondepiker (“veiled peasant girl”), which consists of several layers of steamed apples, biscuits and whipped cream. Sponge cake topped with apples is another specialty; pancakes are also popular.

All commercial drinks are available, but very expensive. This is why many Norwegians prefer tap water that tastes good and is pure. Notable among the bottled mineral water is Farris, which gushes from a famous spring near Larvik, southwest of Oslo. Strict rules about drinking and driving and the prohibitive prices are the reason why the locals consider alcoholic beverages as something for special occasions. But then they can really “put it on” – and take a taxi home. Beer (øl) comes in different strengths, including weak and completely non-alcoholic types. The “national schnapps” akevitt, distilled from potatoes or grain, is served cold, sometimes with beer. Wines are considered a luxury in Norway and are therefore consumed in small quantities. Prices are high and choices are limited; Wine imports are subject to the state monopoly.

According to countryaah, Norway is a long country with very different temperatures and weather conditions located in Europe. On the south coast it is usually 0 degrees Celsius in winter, on the north coast it is around minus 10 degrees. Inland temperatures are usually lower and can reach minus 10 to minus 20 degrees and less.

Short for NOR by abbreviationfinder, Norway is influenced by the Gulf Stream and is the northernmost country in the world with mostly ice-free coastal waters. The country offers impressive travel experiences all year round, so your personal travel ideas determine the travel time. The most popular travel time for the south is May to July, for the north mid-June to mid-August. Nature is most colorful from mid / late August to early October, when the first northern lights can be discovered on clear, cold nights in the polar sky. Especially in the south-east of the country you can find warm and dry weather in summer. However, if you want to go to the North Cape, you have to be prepared for partly wintry conditions even in June. Although Norway is on the same latitude as Alaska, Greenland and Siberia,More about the best travel times and weather

You should be prepared for changeable weather and pack warm clothing and a rain- and windproof jacket. Hat, scarf and gloves should not be missing, as well as sturdy shoes. As a rule, ski overalls and winter boots are provided for on-site activities or can be rented on site. It is important to wear the right clothing in order to be able to adapt to the different weather conditions. So that you are well equipped for changing weather conditions in sun and wind, you will find our recommendations for luggage here.